Foreigners put in $910.78 million worth of funds in June, the smallest amount of investments since January 2016.

The peso has been trading at 12-year lows against the dollar as it pierced the P53 level since mid-June. For the month, the currency averaged P53.0476 versus the greenback to remain one of Asias worst performers.

A Feb. 19, 2018 file photo shows a trader at work at the Philippine Stock Exchange. Nearly 92% of foreign portfolio investments went to shares of publicly listed companies.

Inflation went beyond the central banks estimates to clock in at a five-year-high 5.2% last month, which brought the first semester pace to 4.3% against an official 2-4% full-year target for 2018.

The BSP said the continuing trade war between the US and China pushed investors to withdraw their funds, adding to a net foreign selling trend at the Philippine Stock Exchange since February.

The Fed introduced last month its second rate hike for the year in the face of US economic recovery evidenced by inflation and job creation targets met.

About 82.7% of outbound funds went back to the US as the primary safe haven for market players.

This may be attributed to the United States (US) Federal Reserves decision to increase interest rates and investor concerns on inflation and the further weakening of the Philippine peso, the BSP said in a statement.

The central bank expects hot money to register $900-million net outflows by years end, which would be wider than the $205.03 billion in outbound funds last year, amid nagging uncertainties in global financial markets.

These investments are referred to as hot money due to the ease by which such funds enter and leave the country with ease in the face of market-moving news.

Last month also saw a second rate hike from the BSP, amounting to another 25 basis points, to rein in inflation pressures.

These bets were cancelled out by $1.427-billion funds plucked out of the Philippines, with hot money seeing net outflows for all of Junes five weeks. 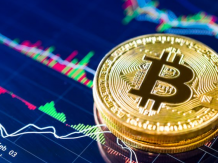